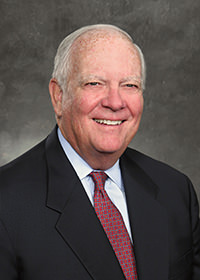 Bert A. Getz
Director, Chairman of the Board

Part of our vision is to encourage new thinking and inspire the human spirit. This helps us stay agile and creative in our approach. 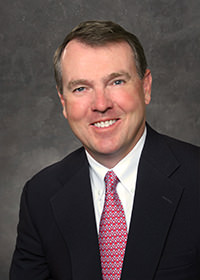 At Globe, we believe the future is not a gift, it is an achievement. Through imagination and determination we will achieve a future of continued growth and success.

George has served as an officer of Globe Corporation since 1985, as a Director since 1993 and as its President and co-CEO since 1999. He also is President of Globe Management Company.

He is involved with many community organizations, such as: Executive Committee Member of The Arizona Diamondbacks, Director of Globe Financial Corporation, Board of Directors for Xavier College Preparatory, Junior Golf Association of Arizona, Phoenix Children’s Hospital, USC Marshall School of Business, and USC President’s Leadership Council. He also serves as President of the National Historical Fire Foundation, Director and Secretary of Globe Foundation, Honorary Trustee of Avon Old Farms School, Honorary Commander 309 Squadron, Luke Air Force Base and Vice President, Asst. Secretary, and Treasurer of The Merit Club.

Born in Chicago, George currently resides in Paradise Valley Arizona. He earned his B.B.A. degree from the University of Southern California. 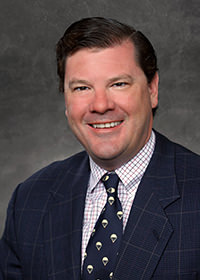 Bert A. Getz Jr.
Director, Chairman of the Investment Committee and Co-CEO

Time provides a competitive advantage. One thing Albert Einstein taught us is that there is nothing more powerful than the concept of compounding. We must seize the opportunity and take measured risk; this enables us to learn and grow.

Bert joined Globe Corporation as an officer in 1991. He is Chairman of the Investment Committee for Globe Financial Corporation, President of Globe Development Company, and an officer of Globe Management Company. Bert’s professional activities include serving as a Director of Wintrust Financial Corporation (which includes serving on the boards of the Wintrust Wealth Management and Libertyville Bank & Trust) and as a Director of IMS Companies LLC. Bert is also active in the Chicago Chapter of YPO (Young Presidents’ Organization). 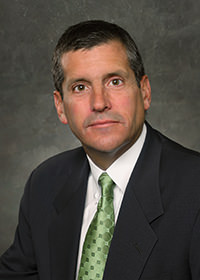 Rock has served as a Director of Globe Corporation and Globe Foundation since 1998. He is President of Planned Futures Incorporated, a financial services firm located in Schaumburg, Illinois.

He’s a past Director of the Northbrook Bank and Trust Company, part of Wintrust Financial Corporation, and served on the fundraising committee for The Hope Foundation for Autism and Epilepsy. He’s also a member of the Chicago Association of Life Underwriters.

Rock was born in Evanston, Illinois and earned his B.A. in Business and Marketing from Indiana University. He also graduated from the Massachusetts Mutual Business and Estate Planning School. 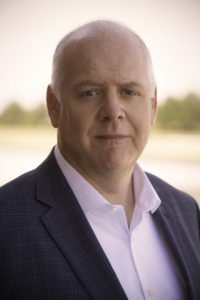 Bill joined Globe Corporation and Globe Foundation as a Director in 2018 and has been a Director of Globe Trust Company since 2013.

Dr. Andrew is a private investor, philanthropist and producer. He is currently co-founder and co-manager of Ocean Blue Entertainment, co-founder and Director of the Andrew Family Foundation, co-founder and president of the AFC Public Foundation, President of Andrew Trust Company, co-founder and chair emeritus of the Board of Trustees of the Summit School of Ahwatukee, a limited partner and current member of the Executive Committee of the Arizona Diamondbacks, a Trustee at The College of Wooster and an Advisory Board member of Black Pearl Mail and TFO Phoenix. Born and raised in Chicago, Dr. Andrew earned his B.A. from the College of Wooster in 1985 and his M.S. and Ph.D. degrees in Electrical Engineering from Arizona State University in 1990 and 1996, respectively. From 1985 through 1995 he worked in various engineering capacities for Andrew Corporation, AG Communication Systems, Orbital Sciences and Arizona State University.

Maria joined Globe in November 2019 and is currently Vice President for Investments and Relationship Management.   She is a member of the Investment Committee.

Prior to joining Globe Maria spent 19 years at the Northern Trust Company.  During this tenure Maria served 10 years as a Senior Relationship Manager in the Global Family Office segment overseeing all facets of multiple Family Office clients.  Maria then went on to manage the Wealth Management Technology Consulting team, initially focused in the Family Office space.  This team oversaw the technology needs for the most sophisticated and tech savvy Wealth clients bringing the breadth of Northern Trust solutions forth for seamless integration into the client’s workflow.  This role expanded to include all Wealth Management segments, Corporate & Institutional clients as well as third party consultants.

Maria’s passion is in serving clients.  She strives to understand their unique needs then seeks optimal solutions to deliver service excellence.

Maria holds a Bachelor of Science Degree from Northern Illinois University.  She is a member of the Financial Planning Association, retains an Insurance license in Life and Health, Completed the CFP coursework and Cannon Trust School I. 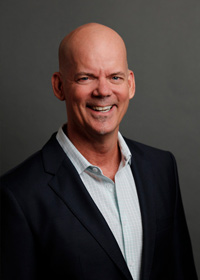 Greg joined Globe Corporation as Controller in 1993. He now serves as Senior Vice President of Accounting. Greg received his B.S. in Accounting from University of Louisiana at Lafayette. Greg began his career in banking in a Management Training program at Premier Bank in Lafayette, Louisiana, before settling in the bank’s Accounting Department, from 1987-1990.

In 1990, he began his trek out west, moving to Albuquerque, New Mexico, to participate in another Management Training program at Sun West Bank. In 1991, Greg moved to Phoenix, Arizona and successfully completed the Arizona CPA exam in 1992. While in Phoenix, Greg was employed as a Controller with Fast Micro, Inc., a local computer manufacturing and software sales company, before joining Globe Corporation in 1993. 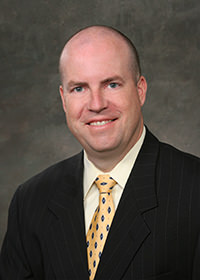 An Allentown, Pennsylvania native, Jack received his B.B.A. – Accountancy from the University of Notre Dame in South Bend, Indiana and his Master of Accounting from Virginia Polytechnic Institute and State University in Blacksburg Virginia.

Jack began his current career at Globe in 2002, where he expanded the tax department, helped manage successful streamlining of the tax compliance function and spearheaded various value-added tax research projects (including the company’s “S-Election”) to further enhance the after-tax wealth of both Globe Corporation and the Getz Family.

As Vice President–Taxation, Jack’s current focus is in the arena of Estate and Gift planning, with particular attention being devoted to tax-efficient succession planning for the various Getz Family enterprises in order to maximize the after-tax wealth of future generations. 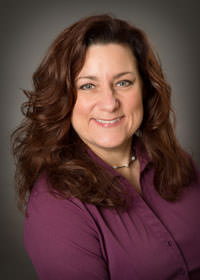 Karen began working in real estate as a Customer Service Representative for a Design/Build firm in Charleston, SC. after graduating college in 1992 from Barat College in Lake Forest, Illinois with a Bachelor of Arts Degree in Business and Psychology.

After returning to Illinois in 1996, Karen began working for Globe Corporation in 1997 at Globe’s home building subsidiary in the Sales and Marketing department at The Reserve at the Merit Club.  She worked with clients throughout the process of purchasing and building their semi-custom and custom homes located adjacent to the Merit Club Golf Course in Libertyville, Illinois.

In 2001, she transferred into commercial real estate when joining Globe Property Management Co. and has worked as a Property Manager for several years managing industrial and office properties as well as property owners associations within industrial parks for third party clients.

Karen maintains an Illinois Managing Brokers License and is a member of the BOMA Suburban Chicago. 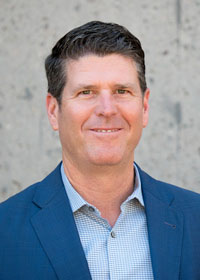 Mike currently serves as Chief Financial Officer, Treasurer and Corporate Secretary for Globe Corporation and Subsidiaries. A long-time Scottsdale, Arizona resident, Mike obtained both his B.S. in finance (with accounting emphasis) and an M.B.A. from Arizona State University.

Mike spent 16 years with Bank of America, where much of his career involved financial analysis, commercial real estate finance, corporate banking, investment management and trust administration for the bank’s high-net-worth clients. Prior to joining Globe, he was the Chief Financial Officer for a high-tech manufacturing company in Scottsdale and has worked in the insurance industry managing portfolio investments.

Mike carries a CERTIFIED FINANCIAL PLANNER™ designation, acted as the Registered Securities Principal for Bank of America’s Private Bank in Arizona, is a graduate of the Pacific Coast Banking School at the University of Washington, and is a member of Financial Executive’s International. He is the past board chair of Florence Crittenton Services of Arizona, which, under his chairmanship, formed Girl’s Leadership Academy of Arizona, the only public all-girls high school in Arizona. Mike is active with Arizona State University as a member of the Dean’s Council of 100, a board member of the W.P. Carey School’s Investment Management Fund, and actively assists in activities related to the Sun Angel Foundation. 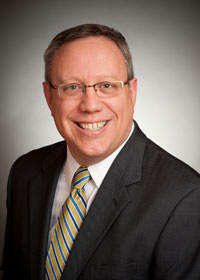 Dan serves as Chair of the Pension Board and Investment Committee of the Evangelical Covenant Church and is the past President of the North Park Alumni Association. 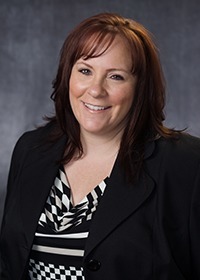 Farrah joined the Globe team in January 2003 as a Tax Associate. She currently serves as Vice President, Tax Services.

Farrah holds a Master of Taxation degree from Arizona State University, and a Bachelor of Science in Accounting from the University of Arizona. 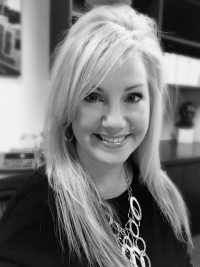 Dawn’s real estate experience encompasses over 20 years of overseeing and managing properties.  Dawn began her real estate career in Retail Property Management at the corporate office of a major retail company managing 250 retail stores in 1995. She then went to work for a Commercial Property Management company based out of Chicago where she managed a Class A property with a high-rise and several out parcel office buildings as well as two restaurants.  Dawn began working for Globe Corporation in 2005 and is currently the Director of Property Management for the Arizona real estate portfolio which includes multi-tenant commercial offices and light industrial buildings.

Dawn has been a member of Greater Phoenix Building Owners and Managers Association (BOMA) since 2000 and has taken several continuing education courses through this nationally recognized association. She is also a member of the Institute of Real Estate Management (IREM), National Association for Female Executives (nafe) and Arizona Commercial Real Estate for Women (AZCREW).  Dawn has previously volunteered for several non-profit groups to include PetSmart Charities and the United Way.